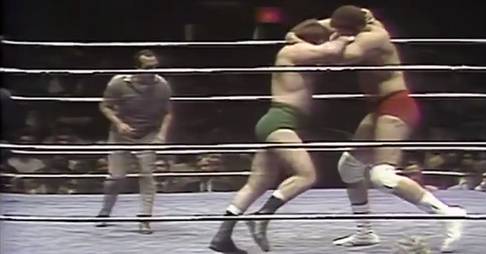 WWWF, 1976 – “The Living Legend” Bruno Sammartino was three years into his epic second run as WWWF Champion. Meanwhile, Ernie Ladd had been building a reputation in several territories. In March of 1976, “The Big Cat” finally got his World Championship Title shot at :the Living Legend”. It was one or the rare times when Bruno had to face an opponent much larger than himself.