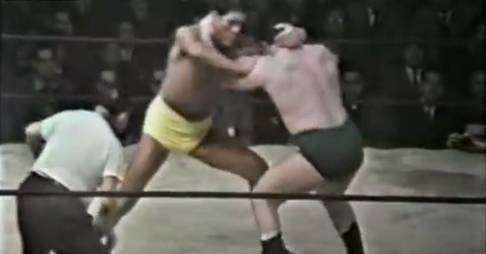 Bruno Week continues into the mid-week!

JWA, 1967 – Before there was New Japan. Before there was All Japan. There was Japan Pro Wrestling Alliance. One of the top stars of JWA was a young Shohei “Giant” Baba. In this match, Baba takes on none other than Bruno Sammartino, who was well into his first reign as WWWF Champion. This is one of the oldest surviving Bruno matches to remain in its entirety. It’s also a glimpse into what Baba was like just as a wrestler, years before he became the booker and promoter for All Japan Pro  Wrestling.

The commentary may be in Japanese, but the action and suspense is still there.