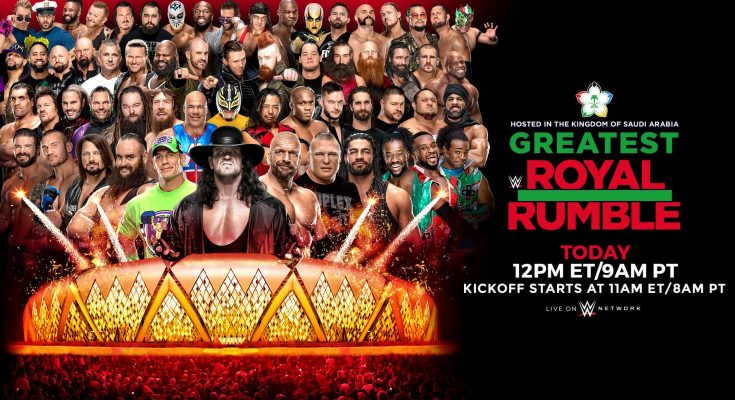 A little surreal seeing Cena and HHH in an opening match. I guess it’s a testament to how big of an event WWE feels this is. HHH kicked out of Cena’s first AA. Cena then kicked out of a Pedigree. HHH fended off Cena’s STF and locked Cena in a Crossface. Cena was able to power out of the Crossface, and hit a second AA. Cena then finished off HHH with a slingshot to the turnbuckles followed by a third AA. The kids loved it

Also a little surreal seeing a Cruiserweight match NOT on the pre-show. Cedric won with a Lumbar check in a pretty exciting high flying match.

Bray had a huge entrance with smartphones aplenty glowing. The match was OK, but nothing special. Hardy pinned Sheamus after a Sister Abigail followed by the Elevated Twist Of Fate.

Singh interfered often, but Hardy was able to overcome. Hardy dodged a Khallas and hit a Twist Of Fate followed by a Swanton Bomb for the pin. Barring another match at Backlash, it looks like the US Title is staying on Smackdown.

The BB’s got the heat on Jey right out of the gate. Hot tag to Jimmy who briefly cleaned house. Jey was tagged back in for some double teaming until Rowan cut them off. An assisted Powerbomb on Jey later and it was all over

Seth Rollins retained The Intercontinental Title over Samoa Joe, The Miz, and Finn Balor in a Ladder Match

Miz tried to ally with Joe, who would have nothing of it. Tower of Doom spot with Joe, Finn, and Seth. Miz used the ladder as a battering ram on Finn and Seth. Finn rallied and tried to climb the ladderm only for Joe to slam him off it. Joe then climbed the ladder, but Finn tipped the ladder over, spilling Joe to the mat. As Finn was reaching for the bell, Seth jumped from the top rope to the top of the ladder like Spider-Man and grabbed the belt to retain the title.

A highlight package aired showing the training of new WWE hires from Saudi Arabia. The new talents were then introduced to the live crowd. Shawn and Ariya Daivari interrupted and made their way to the ring. They talked smack to the rookies claiming Iran was a superior country. The trainees fought back and tossed both Daivaris out of the ring to the delight of the crowd.

From an in-ring standpoint, this was probably better than their WrestleMania match. Good back and forth action until it spilled to the outside and onto the announce desk. The referee counted both men out, so AJ retained the title. Looks like we’re getting Part 3 at Backlash.

Undertaker b. Rusev in a Casket match

Standard Undertaker fare, with Taker dominating most of the match. Rusev did have a brief few minutes of offense until Taker rallied and dumped Rusev in the casket. Aiden English interfered, and was met with a Tombstone for his efforts. Taker then dropped English in the casket as well, and shut the door on both men.

Brock Lesnar b. Roman Reigns in a Steel Cage to retain the Universal Title

Each entrant would come in at 90 second intervals