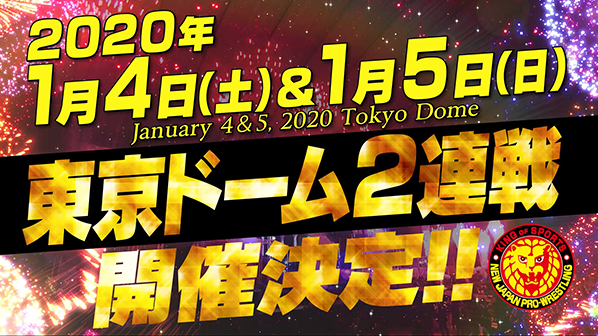 During the pre-show for WrestleKingdom 13, a hype video aired for back to back shows at The Tokyo Dome on January 4th and 5th, 2020.

Traditionally, New Year Dash takes place on January 5th, the day after WrestleKingdom. For the last several years, it was held at Korakuen Hall, which seats roughly about 1,800 people. Tickets for New Year Dash have been notoriously difficult to get, given the high profile nature of the show taking place the day after the biggest show of the year. It can be compared to “The Raw After WrestleMania” where big angles are put in place for the rest of the year.