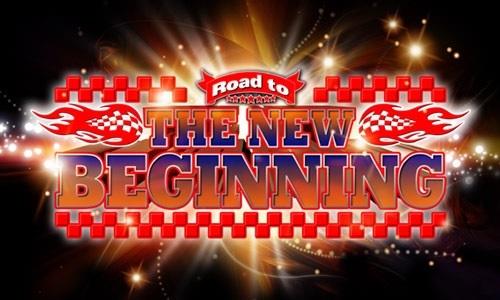 Shota Umino & Ayato Yoshida b. Toa Henare & Yota Tsuji when Umino pinned Tsuji with a Fisherman’s Suplex – As usual the Young Lions started the show. Yoshida broke up a Boston Crab by Tsuji on Umino, and Umino reversed into his own Boston Crab. Tsuji was able to escape on his own, though. Shortly after, Umino hit a Fisherman’s Suplex to get a pin. Kevin Kelly made sure to point out that this may be the first time Umino got a pin with that move. It’s also interesting that the team of two Young Lions beat a team with a wrestler who is no longer a Young Lion.

Manabu Nakanishi & Tiger Mask IV b. Hiroyoshi Tenzan & Ren Narita when Tiger pinned Narita with a Tiger Driver – Possibly inspired by the previous match, Narita started the match like a house afire. He even managed to slam Nakanishi. It didn’t last long however, and the veterans soon gained control to double team Narita. Tenzan tagged in and went at it with Nakanishi, who soon tagged in Tiger. Narita used a Boston Crab, and also scored several near falls. Nakanishi made the save, which set up Tiger hitting the Tiger Driver for the pin.a

Shingo Takagi b. Yoshibonu Kanemaru via DQ when Desperado interfered – Kanemaru and Desperado have a tag title match with the champions Takagi and BUSHI, so this is simply a singles match between a member of each team. Kanemaru attacked before the bell, and the match quickly spilled to the floor. He hit a reverse DDT on the floor, and dropped Takagi’s throat on the barricade. Back in the ring, Takagi tried to make a comeback. Kanemaru kicked Takagi in the leg and went for his whiskey. Takagi ducked the wiskey spit and lifted Kanemaru for The Last Of The Dragon. Desperado hit the ring and attacked Takagi for the blatant DQ. BUSHI ran in for the save, still wearing a suit. I don’t know if it was a spontaneous match, or if it was always scheduled, but the referee called for the bell to start another match.

BUSHI b. Desperado via DQ – Bushi took off his suit and had his gear underneath. Convenient, yes, but stranger things have happened. He also tried to remove Desperado’s mask. As the referee tended to Desperado, Kanemaru struck and attacked Bushi from behind. Both competitors brawled into the crowd. Desperado nearly won by countout, and continued the assault when Bushi made it to the ring. Takagi came to the rescue and thwarted Kanemaru. However, Desperado still tried to get the last laugh by finally unmasking Bushi. This triggered the second straight DQ, but considering the story, that didn’t bother me at all. Bushi covered his head with his own jacket, but still managed to spit mist at Desperado and unmask him as well. Both masked men left the ring concealing their faces.

IWGP Heavyweight Champion Hiroshi Tanahashi, Kazuchika Okada YOSHI-HASHI, & Tomoaki Honma b. Bullet Club (Jay White, Yujiro Takahashi, Chase Owens, & Bad Luck Fale) when Tanahashi pinned Takahashi with a High Fly Flow – Of course, the heels attacked from behind before the bell. The faces tried to battle back, but the fight spilled to the outside. Honma escaped a package piledriver from Owens, but got repeatedly thrown into the barricade by White. Fale then stalked Honma for further punishment. Okada got the hot tag and ran wild over everybody, and even slammed Fale. Once Okada was down, White tagged in like a good heel. Okada was able to tag in Tanahashi, who got White in a Cloverleaf. Takahashi broke the hold. This allowed the heels to regroup and get the heat on Tanahashi. After Tanahashi escaped a Blade Runner, the babyfaces rallied. White seemingly disappeared during the multi-man brawl, which gave Okada and Tanahashi an opportunity to finish off Takahashi. Tanahashi used a Styles Clash, followed by a top rope elbow by Okada. Finally, Tanahashi got the pin with a High Fly Flow.

After the match, Okada cut a promo saying he and Tanahashi will defeat White’s Bullet Club.

Suzuki-Gun (Minoru Suzuki, Zack Sabre Jr., & Taichi w/Taka Michinoku) b. Los Ingobernables De Japon (IWGP intercontinental Champion Tetsuya Naito, & IWGP Heavyweight Tag Champions EVIL & SANADA) when Sabre pinned Evil with a European Clutch – Taichi kicked Naito out of the ring to start the brawl on the floor. Naito barely beat the count to get back in the ring. Double tag out to Suzuki and Sanada. When Sanada used the Dragon Sleeper, Suzuki grabbed Red Shoes to move his away. This gave Suzuki a moment to escape the hold. Back and forth momentum between both teams. Evil and ZSJ traded near falls until Sabre managed to pin Evil with his bridging Roll-up.

Ryusuke Taguchi, Togi Makabe, & Toru Yano b. NEVER Openweight Six-Man Tag Champions Bullet Club (Tama Tonga, Tanga Loa, & IWGP Junior Heavyweight Champion Taiji Ishimori w/Jado) when Taguchi submitted Ishimori with an Ankle Lock – The Junior Heavyweights started out for some fast paced action. Yano and Tonga had another argument about whether he was a good guy or bad guy. Yano, as usual, removed a turnbuckle pad. This time, his opponents were ready for it and cut him off. The Tongans took turns beating on Yano. Makabe got the hot tag and steamrolled through all the heels. A double down between Makabe and Loa lead to a double tag out to the respective Junior Heavyweights. Bullet Club broke up a pin by pulling referee Red Shoes out of the ring. With Red Shoes down, the Tongans tried to double team Taguchi. Makabe clotheslined them out of the ring. Owens and Fale ran out to interfere, but Okada made the save. White himself also tried to interfere before getting chased off by Tanahashi. In the ruckus, Jado hit Taguchi with the kendo stick. Still, Taguchi managed to kick out. Taguchi managed to lock in a desperation ankle lock. Makabe and Yano kept everybody at bay. Ishimori eventually had no choice by to tap out. I believe this is Ishimori’s first time submitting since his debut.

Taguchi closed the evening with a promo, presumably thanking everybody. Makabe and Yano also said a few words, but they were said for comedy.