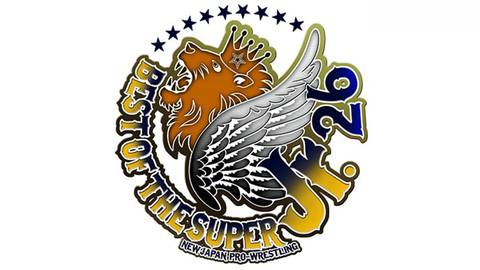 Our second night of B Block Tournament action kicks off for Best Of The Super Juniors. But first, the tag matches pitting A Block entrants against each other.

Taichi Ishimori & Gedo of Bullet Club b. Titan & Yuya Uemera when Gedo pinned Uemera with a roll-up – Gedo offered a handshake, only for Ishimori to attach Uemera from behind. The heels cut off Uemera and worked him over. Titan got the tag and made a comeback. Uemera took it to Gedo after tagging back in. Titan and Ishimori brawled on the floor, leaving Gedo and Uemera alone in the ring. Gedo rolled up Uemera and grabbed the tights to steal a victory.

Marty Scurll & Brody King b. Tiger Mask IV & Yota Tsuji when King pinned Tsuji with a Gonzo Bomb – Tsuji got cut off, setting up a hot tag to Tiger. Scurll and Tiger battled to a double down. Tsuji and King got the double tag, with King winning the match with a Gonzo Bomb.

SHO, Jonathan Gresham, & Toa Henare b. IWGP Junior Heavyweight Champion Dragon Lee, IWGP US Champion Juice Robinson, & Shota Umino when Henare pinned Umino with a Uranage – Right when Juice and Henare began the match, the cryptic Radiohead sounding video for Juice’s next challenger aired. After the video played, the entire arena was in silence. Juice stepped back and let Dragon and SHO start the match. Everybody looked good in the match, with a multiman brawl breaking out at about the five minute mark. Henare and Umino tangled, but Henare hit the Uranage on Umino for the pin.

Tetsuya Naito & Shingo Takagi of Los Ingobernables De Japon b. NEVER Openweight Champion Taichi & Taka Michinoku of Suzuki-Gun when Naito pinned Michinoku with Destino – The battle of heel teams went well for Suzuki-Gun, as they were able to cut off Naito. Takagi got the tag and went on a rampage. Naito struggled a bit when he tagged back in, but managed to hit Taka with Destino for the pin.

After the match, Kanemaru attacked Takagi’s leg with a chair, putting Takagi’s undefeated future in doubt.

As usual, the rest of the show is devoted to Tournament matches.

Robbie Eagles (1-0, 2) p. Ren Narita (0-0, 0) with a Turbo Backpack – The crowd was almost universally behind Narita, since it was his home town. He fired up out of the gate, but Eagles managed to ground him and slow the pace down. Narita dodged a double knee strike and went on the offensive. He even got several near falls including one with his Overhead Belly-to-Belly Suplex. However, Eagles was able to reverse a kick into his Turbo Backpack finisher for the pin.

YOH (0-1, 0) p. Bandido (0-1, 0) with a Dragon Suplex – The two seemed pretty evenly matched, with the match quickly going back and forth. Bandido not only was able to press Yoh over his head with one arm, but he hit a HUGE moonsault to the floor. Yoh hit a superkick that caused Bandido to flip over to his back. A superplex/Falcon Arrow combo got a two count for Yoh. A GTS and lariat comno did likewise for Bandido. Yoh countered by hitting two straight Dragon Suplexes and got a surprise pin.

El Phantasmo (1-0, 2) p. BUSHI (0-1, 0) with a Faceplant – The two resorted to rulebreaking tactics right off the bat, with Phantasmo biting Bushi’s hand. Bushi choked Phantasmo with his shirt. Bushi got put in a Tree Of Woe, but instead of dropkicking, Phantasmo merely low-blowed him. Phantasmo stopped a MX attempt with a superkick, and followed that up with a pair of dives. He hit a top rope splash for a near fall. Bushi reversed the faceplant with a hurricanrana. Before Bushi could capitalize, Phantasmo hit another low blow and hit his faceplant to get the win.

Will Ospreay (1-0, 2) p. Rocky Romero (0-1, 0) with a Stormbreaker – The battle of fellow CHAOS teammates began with a fistbump of respect. In fact, when the match went to the floor, it quickly was put back into the ring without incident. The two exchanged submissions, then exchanged fisticuffs. Romero headscissored Ospreay to the floor, then hit a dive. Back in the ring Ospreay recovered and knocked Rocky to the floor, following that up with a Space Flying Tiger Drop. Back in the ring, Ospreay signaled for the Oscutter. Rocky reversed the Oscutter attempt into a Cross Armbreaker. Rocky started his comeback, but Ospreay ducked the Forever Clotheslines and tried for a Stormbreaker. Rocky flipped out of that and landed a lariat. He followed up with a Sliced Bread for a near fall. Ospreay retaliated with a Buckle Bomb, and got a two count with an inverted DDT. Romero reversed a Stormbreaker into a backslide. Ospreay kicked out of a few more near falls that really moved the crowd. By this time, both men were exhausted, but were still trading strikes. Again, Rocky reversed a blow into a Cross Armbreaker. Ospreay reversed that into a Powerbomb at the 25 minute mark. Romero kicked out of a Shooting Star Press, but didn’t kick out of the Stormbreaker that followed. Excellent match!

Ryusuke Taguchi (1-0, 2) s. DOUKI (1-0, 2) with the Oh My And Garakle – Douki attacked right when Taguchi stepped between the ropes. Outside the ring, he repeatedly bodyslammed the young lions at ringside onto him. Back in the ring, Douki continued the assault. Despite the onslaught, Taguchi kicked out of any pin attempt. He made a brief comeback, but was again tossed to the floor by Douki. Finally, Taguchi made his comeback at the ten minute mark. Douki tried to escape the anklelock, so Taguchi turned it into a Dodon for a near fall. Taguchi went for another Dodon, which Douki tried to reverse out of. Instead, Taguchi tuned it into an anklelock. Douki grabbed Red Shoes and clutched him while Taichi ran in and broke the anklelock. Douki hit a powerbomb variation, but Taguchi kicked out. Taguchi blocked a Suplex De Luna, so Douki turned it into a sleeper with his feet. Taguchi made his comeback, and again turned a Suplex De Luna into a roll-up for a two count. Douki dodged a Hip Attack, which caused Red Shoes to get hit by it. With Red Shoes down, Taichi slipped Douki a chair. Taguchi ducked the chairshot and hit an enzuigiri. He dropped Douki on the chair with an inverted suplex, and hit a Boma Ye. Douki kicked out, and Taichi again approached the ring to interfere. This time, the young lions stopped him, and Taguchi rallied with a Dodon. Rather than make the cover, Taguichi added insult to injury by submitting Douki with the Oh My And Garankle Lock.

After the match, Taguchi cut another victory promo to the delight of the crowd.