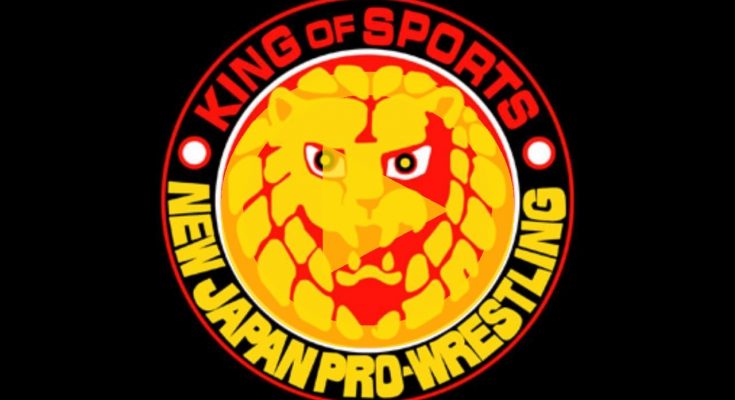 The first two-night WrestleKingdom is in the books, so it’s time for New Year Dash. If WrestleKingdom is their WrestleMania, then New Year Dash is like the Raw After Mania. It’s usually where the big angles start that will play out for the rest of the year. A few years back, it was the return of Suzuki-Gun, who laid to waste half the roster. This year’s may not be quite of that level, but we’ll see what we get.

As usual, no matches were announced ahead of time. The only thing advertised was Lyushin Thunder Liger’s official retirement ceremony.

A video package aired that covered Liger’s career. A few scenes had Chris Benoit, which was a little unsettling. But even without understanding Japanese, it clearly paid tribute to Liger and all his incarnations (Battle Liger, Kishin Liger, etc…). Liger himself then came to the ring and addressed the crowd. All the babyfaces and Young Lions came to the ring to Tanahashi’s theme music. Tanahashi presented Liger with flowers and posed for a photo. CHAOS’s theme music played, and all of CHAOS came to the ring to Okada’s theme music. Okada presented more flowers to Liger, and they all posed for photos. Okada took the time to do a selfie with everybody. Naoki Sugabayashi also shook Liger’s hand and presented flowers, then Harold Meij did the same. Liger’s wife and son also appeared. Tanahashi was shown crying at ringside. Antonio Inoki gave a pre-recorded statement. Liger concluded by thanking the crowd in a heartfelt speech. A ten bell salute then rang, and Liger’s music played one more time.

Karl Fredericks, Clark Connors, & Alex Coughlin b. Toa Henare, Yota Tsuji, & Yuya Uemura when Fredericks submitted Uemura with a Half Crab – Henare teamed with the LA Dojo graduates on January 4th, now he is teaming with their opponents. This is not an uncommon thing with younger talent, as they are constantly pitted against each other in opening matches. A lot of high paced action with a spot where Henare cleaned house. In the end, Fredericks locked Uemura in a half crab and got the submission.

El Desperado & Yoshinobu Kanemaru of Suzuki-Gun b. Taiji Ishimori & El Phantasmo of Bullet Club, IWGP Junior Heavyweight Tag Team Champions Roppongi 3K (Sho & Yoh) of CHAOS, and IWGP Junior Heavyweight Champion Hiromu Takahashi & BUSHI of Los Ingobernables De Japon when Desperado pinned Sho with a roll-up – Hiromu got worked over by both heel teams. Bushi got the hot tag and ran wild until he got low-blowed by Desperado, who then tagged himself in. The obligatory multi-man brawl broke out with everybody hitting their big spots. Eventually, Sho and Desperado were left in the ring. Desperado escaped a Shock Arrow attempt and set up a Pinche Loco. Bushi ran in to break it up and spat his mist. Unfortunately for Sho, he got yanked in front by Desperado, who rolled up Sho for the win

Hiroshi Tanahashi, Kota Ibushi, & IWGP Heavyweight Tag Team Champions Juice Robinson & David Finlay b. Bullet Club (Tama Tonga, Tanga Loa, Bad Luck Fale, & Chase Owens) when Ibushi pinned Owens with a Kamigoye – Ibushi and Owens started out, with Owens telling Ibushi he should just lay down because he’s lost the last two nights anyway. After an exchange of moves, Ibushi tagged in Tanahashi. Soon, the match spilled to the floor where the heels gained control of the match. By the time everything got back in the ring, Tanahashi was getting singled out and worked over by the heels. Juice got the hot tag and he and Finlay went toe-to-toe with GOD until Fale leveled them both with clotheslines. Owens and Ibushi tagged back in to make things go full circle. Jado hit Ibushi with the shinai and Owens hit the Jewel Heist. The pin got broken by FinJuice. Ibushi powered out of a Package Piledriver and hit a Boma Ye. Tanahashi got an assist with a Slingblade, and Ibushi finished off Owens with a Kamigoye.

After the match, the babyfaces celebrated their win. However, Tanahashi motioned to the tag title belts. Fin Juice quickly accepted the challenge and everybody shook hands.

NEVER Openweight Champion Hirooki Goto & Tomohiro Ishii of CHAOS b. EVIL & Shingo Takagi of Los Ongobernables De Japon when Takagi pinned Goto with a Last Of The Dragon – Ishii went for the win early with a Brainbuster but Evil kicked out. Evil countered by hitting a Darkness Falls for a two-count. Ishii kicked out and the two fought to a double-down. Goto and Takagi got the respective tags and went toe-to-toe before the match spilled to the floor. Everybody brawled around the arena and when the match got back inside the ring, Goto was getting worked over. Takagi laid in kicks and made a gesture about the belt, clearly showing that he wants the NEVER Openweight Title. Soon Evil and Ishii were back in, with each getting a few near-falls. Again, Goto and Takagi got the double-tag. A four-way brawl broke out, which saw each man level the other with lariats. Goto and Takagi exchanged several strikes. Takagi hit Goto with another variation of a GTR and then got the pin with Last Of The Dragon.

After the match, Takagi cut a promo to issue a challenge for the NEVER Openweight Title.

CHAOS (Kazuchika Okada, YOSHI-HASHI, Will Ospreay, & Robbie Eagles) d. Suzuki-Gun (Minoru Suzuki, Zack Sabre Jr., Lance Archer, & Taichi) via Disqualification – Sabre and Ospreay started off, but before long the match spilled to the floor. Everybody brawled around the ring with Suzuki using all sorts of weapons. Back in the ring, Eagles got ganged up on and worked over. Hashi got the hot tag and ran wild for a bit. Okada tagged in and was clearly favoring his taped shoulder. Taichi dropped Okada with a kick, and a multi-man brawl to break out. Taichi used the Iron Glove on Okada, which caused a DQ.

After the match, Taichi looked to be trying a powerbomb when Jon Moxley’s music hit. Moxley cleared the ring and traded blows with Suzuki. This time, Moxley came out on top and planted Suzuki with a Death Rider

IWGP Intercontinental and Heavyweight Champion Tetsuya Naito & Sanada of Los Ingobernables De Japon b. Kenta & Jay White of Bullet Club when Sanada pinned White with a roll-up – Naito and Kenta brawled around the ring on the floor right off the bat. The heels worked over Sanada setting up the hot tag to Naito. after tagging back in, Sanada locked up with White while Naito and Kenta brawled on the floor. Sanada reversed a Blade Runner into a roll-up for a surprise pin.

After the match, the heels attacked from behind and beat both Naito and Sanada down with chairs. The show closed with them both cutting heel promos. No major surprise angle this year, but with the teases made for Moxley/Suzuki and Naito/Kenta, there may not have been one needed.