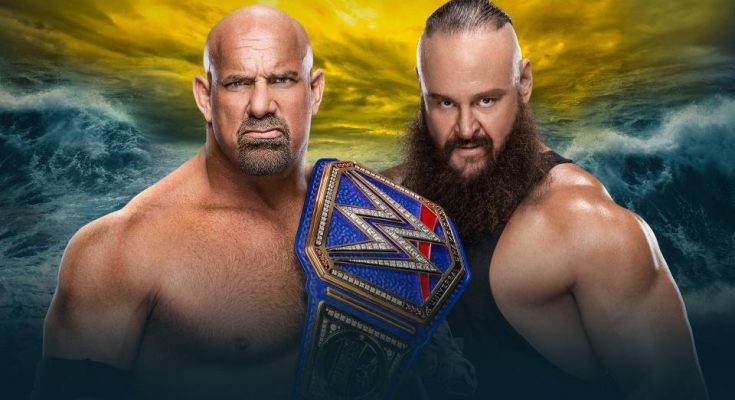 PRE-SHOW MATCH: Cesaro p. Drew Gulak with an Airplane Spin – Cesaro favored his shoulder, which Gulak used to his advantage by shoving him into the stairs. However, Cesaro used a hands-free Airplane Spin to get the pinfall victory.

During the Kick-Off Show, Corey Graves and Peter Rosenberg pushed that WrestleMania is on the Fite App and on PPV. So if you want to pay for the show rather than getting it for free, you can do so.

Stephanie McMahon welcomed the viewers and stated that this will be the most unique WrestleMania to date. The usual opening song “America The Beautiful was not performed live but played via a montage of past performances. Another opening montage that depicted WWE superstars as pirates got interrupted and re-edited on the spot that ended with the same montage it started with. I guess that is supposed to be some sort of punchline.

Alexa Bliss & Nikki Cross b. WWE Women’s Tag Team Champions The Kabuki Warriors (Asuka & Kairi Sane) when Bliss pinned Sane with a Twisted Bliss – Bliss started out and did well, but the heels managed to cut off Cross. Bliss got the tag and rallied briefly before getting cut off herself. Cross is trying to support Bliss by clapping and playing to a crowd that isn’t there. A double-tag saw Cross knock around both heels. Sane broke up a pin attempt on Asuka with a top-rope elbow. Bliss broke a pin on Cross with a Twisted Bliss. A four-way brawl broke out. Cross kicked out of a top-rope dropkick/powerbomb combo. Asuka missed a spear and hit the corner post. Cross managed to tag Bliss, who hit the Twisted Bliss for the title win.

Elias p. King Corbin with the most devastating move in all of Sports Entertainment, The Roll-Up – Corbin made his entrance and stated that he should win by forfeit. Thankfully, they did not do the 10 countdown. Elias’s minor chord strummed and he broke the guitar over Corbin’s back. Corbin got the heat back and argued with the referee after near falls. The Drifter made his comeback and for some reason thought it was a good idea to jump off the top. Corbin dodged and hit a Deep Six for a two-count. Corbin tried to get another pin by using the ropes as leverage. The referee saw it and broke the count. Elias then rolled up Corbin and held the tights for the pin. Corbin objected to the underhanded loss, so apparently this feud will continue.

Raw Women’s Champion Becky Lynch p. Shayna Bazsler with a pinning combo to retain the title – The two exploded with several strikes that made audible contact so loud they will likely make most of the other strikes sound soft. Bazsler used several reversals and even used her own version of Disarm Her. Lynch hit a Uranage on the ring apron, which is still the hardest part of the ring. Bazsler smashed Lynch against the announce desk and again tried for the Sleeper, but Lynch reversed it into a pinning combo.

WWE Intercontinental Champion Sami Zayn (w/Cesaro & Shinsuke Nakamura) p. Daniel Bryan (w/ Drew Gulak) to retain the championship – A lot of stalling in the opening minutes, where the talking could be heard between the wrestlers. Apparently these type s of things are exclusive to each match. Gulak managed to take out Cesaro and Nakamura at ringside. Zayn audibly pled for mercy after getting singled out. Bryan landed several Yes Kicks (Complete with camera cuts for each kick). Gulak tried to lead Yes Chants to a crowd that wasn’t there and got jumped by Cesaro and Nakamura. This somehow enabled Zayn to hit a top rope Helluva Kick to get the pin and retain the title.

WWE Tag Team Champion John Morrison b. Kofi Kingston & Jimmy Uso by getting knocked off a ladder while he held the belts to retain the titles – This was about as good of a ladder match as you could expect, given the circumstance. A lot of big ladder spots that are too many to list here. The finish saw Uso and Kingston headbutt Morrison off the ladder while he held the belts in his hands. So they looked like morons in what otherwise was a great match,

Owens took the mic, because Rollins clearly couldn’t hear him in the same room with no fans, and said Rollins shouldn’t take this way out, and called for a No DQ Match. Rollins accepted, and the match was restarted.

Gronk and Mojo put over the night’s action and what was to come for Night Two. R-Truth sought shelter with them, only to get an elbow from Gronk. Gronk tried to pin Truth for the 24/7 title but Mojo pulled Gronk off and got the pin. This means the elbow from a non-trained wrestler incapacitated a WWE Superstar for not one, but two pin attempts.

Charley was backstage and got surprised by Paul Heyman, who cut a promo on Drew McIntrye and the match with Brock Lesnar. The announcers went over the matches in Night Two, and called Lashley one of the most dominant Superstars on Raw. Apparently the missed him getting pinned by R-Truth WHO JUST GOT PINNED BY A SINGLE ELBOW FROM A FOOTBALL PLAYER!

And now apparently it’s time for the main event!

The Braun Strow Man p. WWE Universal Champion Goldberg with a powerslam – A flurry between the two saw Goldberg hit three Spears for a two count. Strowman countered with four powerslams to get the pin and the championship. Literally one of the most underwhelming title wins of all time. That said, it may be the best that could be expected given the circumstances.

The Undertaker b. AJ Styles in a Boneyard Match – As expected, this was full-on Total Deletion, which I mean as a compliment. I’m sure Jeremy Borash probably had a lot to do with this, and it was easily the greatest thing on the show. AJ showed up in a hearse, while ‘Taker showed up on a motorcycle as The American Badass. The “match” was full of ambiance with background music and several camera angles. Gallows and Anderson interfered, but then got fended off by ‘Taker’s Druids. ‘Taker dropped AJ into a pit and then used a mini-bulldozer to bury him. ‘Taker then got back on his custom Harley and rode off as the credit ran.