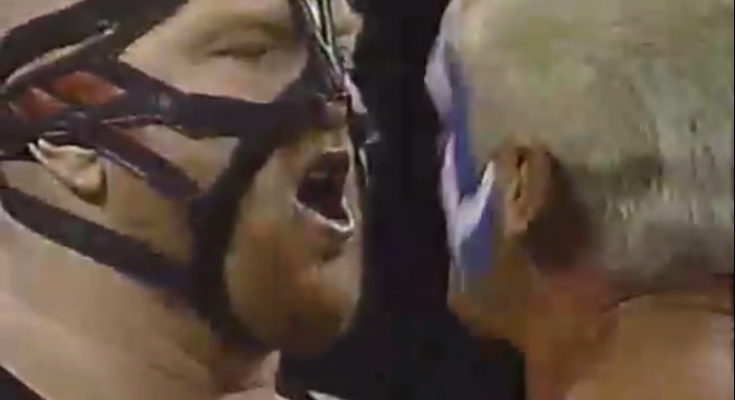 World Championship Wrestling, 1992 – WCW underwent several regime changes during its tenure. One of the more hyped ones was the Bill Watts Era, where Watts was hired as Executive Vice President. During this time, Watts implemented controversial rules to the promotion, such as banning moves off the top rope, and the removal of safety mats at ringside.

Perhaps most notable during Watt’s run was the ascension of Big Van Vader to main event status. Vader was coming off a successful run in New Japan Pro wrestling, where he held the IWGP Championship three times. Sting was in his second recognized run as World Champion (technically his first WCW Title reign, but that’s a story for another time), and was unquestionably the most popular babyface in the promotion. However, this was also physically the biggest challenge for the young champion.

Jim Ross and Jesse “The Body” Ventura call the action for what was one of the central angles for the promotion in 1992.