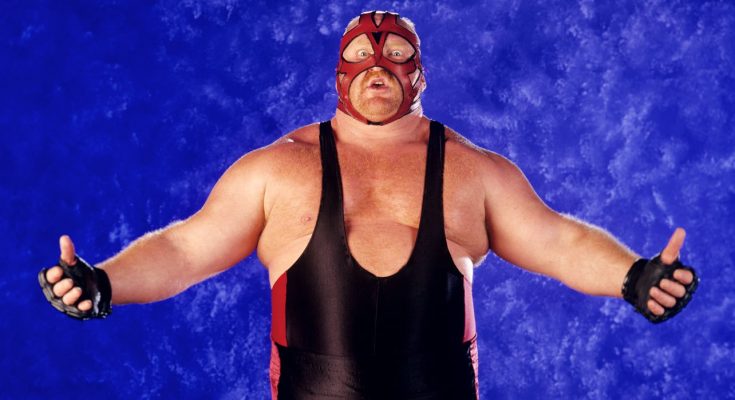 The wrestling world has lost another legend with the passing of multi-time World Champion Big Van Vader, aka Leon White.

White was born on May 14, 1955 in Lynwood California. He was a two-time All American football player for the University Of Colorado. After college, he was drafted into the NFL by the Los Angeles Rams where he played Center for two years. He was part of the NFC Championship team that played in Super Bowl XIV. Shortly after that, he was forced to retire from the NFL due to injury

White began his professional wrestling career in 1985 for Verne Gagne’s American Wrestling Association. There he was given the name “Baby Bull” Leon White, a babyface who eventually challenged Stan Hansen for the AWA World Championship.

It was his time in Japan where White truly gained his stardom. In New Japan Pro Wrestling, he was christened “Big Van Vader”, and given the now famous mask and headgear that would become a definitive look for the rest of his career.  On April 24th, Vader became the first “gaijin” (foreigner) to win the IWGP Heavyweight Championship by winning a tournament, defeating Shinya Hashimoto in the finals.  Vader would win the title on two more occasions, in 1989 and 1991. During this time, he also wrestled for Otto Wanz’s Catch Wrestling Association in Austria, and Universal Wrestling Association in Mexico. With World Title wins in all three promotions, Vader became a world champion on three continents simultaneously.

He and fellow gaijin Bam Bam Bigelow won the IWGP Tag Team Championship under the name Big, Bad, And Dangerous . Upon losing the tag titles to The Steiner Brothers in 1992, Vader began wrestling full time for WCW. There he had his infamous runs as WCW World Champion, and feuded with top stars such as Sting, Ric Flair, and Mick Foley. Vader would hold the WCW Title on three occasions, with reigns totaling 377 days.

After a successful run in WCW, Vader was hired by Vince McMahon to work for the then World Wrestling Federation, where he was given a much hyped debut at the 1996 Royal Rumble.  While he did not win any championships in the WWF, he did have high profile feuds against The Undertaker and World Champion Shawn Michaels. Vader’s run during the Attitude Era ended in late 1998.

In 1999, Vader once again rose to World Champion status. This time in Giant Baba’s All Japan Pro Wrestling.  There he was a two time AJPW Triple Crown Champion, making him the first and only man to win the IWGP, AJPW, and WCW World Championships.

Vader continued to wrestle on the independent scene, and made sporadic appearances on the national stage. He never formally retired from the ring. His family reported his passing on social media on Wednesday, June 20th. He had been battling pneumonia for the past month.

We here at Behind The Squared Circle and The Wrestling Brethren would like to extend our deepest condolences to the White family.