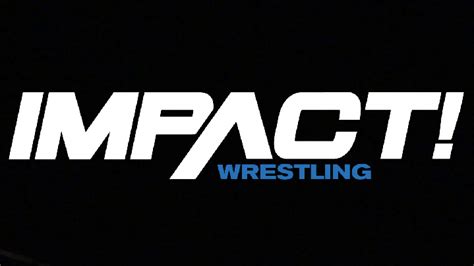 This episode of Impact was taped in Mexico. The obligatory show opening recap video got us up to speed on last week’s happenings, including Johnny Impact’s continued troubles with Killer Kross, Brian Cage defeating Moose, LAX challenging The Lucha Bros. again, and Rosemary’s return to haunt Dark Allie.

X-Division Champion Rich Swann p. Hijo Del Vikingo with a 450 Splash – Vikingo looked like something out of a Medieval Times show. Josh Mathews did say he was AAA Trios Champion. Vikingo hit a dive over the top rope to Swann on the outside. Since this is not WWE, they did not immediately cut to commercial when things went outside. Swan responded with a springboard off the railing. Back in the ring, Swan took control of the match until Vikingo countered with a Fisherman’s Buster. Swan landed his impressive standing super-hurricanrana. Swann got a two count with a Michinoku Driver, and followed up with a 450 Splash to get the pin.

After the match and commercial break, oVe came to the ring. Sami Callahan told Swann how tight they were in real life, and that Swann should follow up on what they talked about at the bar. Why would they mention going to the bar? I don’t know, but it’s just awkward.

Sami then made the “real life” jab that without him, Swann would be dead in Baltimore. Again, Sami gave Swan the shirt. Swann replied that the shirt is the right size, but the wrong fit, and walked off. Sami proclaimed “That’s not a no!”

Melissa Santos of Lucha Underground fame made her Impact debut as a backstage interviewer. She interviewed Killer Kross who said he would choke out Johnny Impact tonight. Melissa asked about Brian Cage, to which Moose stepped in and said Cage would not be here due to customs. Pretty safe bet that means Cage will be here tonight.

Knockouts Champion Taya Valkyrie s. Keyra with a STF – Keyra jumped Taya before the bell. Taya battled back and used a modified STF to get a submission victory.

After the match, Josh Mathews interviewed Taya in the ring. She cut a promo in Spanish, then said she was proud to be back in Mexico as a champion. She added that Killer Kross ruined what was supposed to be a special night for her and Johnny. She concluded by warning Tessa Blanchard that she will be ready for a rematch.

Backstage Melissa Santos caught up with Rich Swann, and asked if what Sami Callahan said earler was true. Swann said it was, but there was more to the story, then he walked off.

The GWN Flashback was Jack Evans against Hector Garza from the Asylum days.

Another Rascalz comedy segment aired. They looked like they were smoking weed or something.

A workout video of Scarlett Bordeaux aired where she exercised in suggestive matters.

The Desi Hit Squad (Raj & Rohit Singh) The Rascalz (Dez & Wentz) when Wentz pinned Raj with a Push Moonsault – The Hit Squad got the heat on Wentz before Dez got the hot tag. A few dives later, and the Rascalz won with their Push Moonsault

Backstage, Melissa Santos talked to Johnny Impact, who cut a promo saying how much he wanted to get his hands on Killer Kross. He added that we is glad Moose will be at ringside because he can keep an eye on him

LAX were in their quarters, where they discussed Ortiz challenging The Lucha Bros. Konnan told them he had two more guys he knows, and he will bring them in next week.

Trey p. Ethan Page with a spinning reverse DDT – Pretty startightforward match, and was just fine for what it was. Page went to the top rope, but Trey cut him off and hit his finisher for the win.

Elsewhere backstage, Eli Drake told Eddie Edwards and again said he wanted the old Edwards back. Edwards replied that he didn’t appreciate what Drake was doing. Drake tol him they will team against The Rascalz next week in preparation for the World Cup event.

Impact World Champion Johnny nc. Impact Killer Kross (w/Moose) when Brian Cage interfered – Johnny used his speed to circumvent Kross’s size and power. Moose interfered, which allowed Kross to get the upper hand. Johnny made his comeback and hit a springboard spear. Kross put his foot on the ropes to break the pin. Kross avoided Starship Pain and went for a Cobra Clutch. Brian Cage ran out and clotheslined both men down, which caused the DQ.

After the match a four way brawl broke out, and the heels were put to the floor. Impact and Cage did a staredown in the ring. The referee gave Johnny his belt back, and the two continued the staredown to end the show.