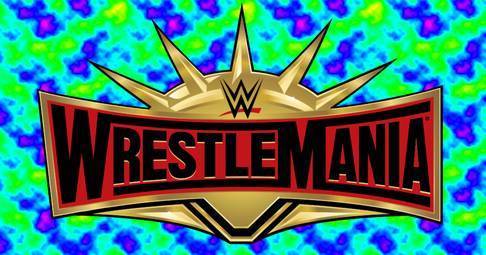 Tony Nese p. Cruiserweight Champion Buddy Murphy with a Running Nese to win the title – Good back and forth match that saw Nese get his foot on the ropes to escape pinfall from a Murphy’s Law. Nese battled back and hit the appropriately named Running Nese for the pin.

Carmella won the Womens Battle Royal, last eliminating Sarah Logan – Carmella sat outside and hid for most of the match, and only came out when Logan was the only other entrant left. There was a bit of a struggle between to two, so it wasn’t an attack from behind or anything

Zack Ryder & Curt Hawkins b. The Revival (Dash Wilder & Scott Dawson) © when hawkins pinned Dawson with a small package – The Revival got the heat on Ryder for several minutes. Hawkins got the hot tag and ran wild on both opponents. A double clothesline between Hawkins and Dawson caused a double down. The action spilled to the outside with everybody suplexing each other on the floor. Dawson dragged a prone Hawkins back in the ring. When Dawson tried to lift him for a move, Hawkins showed that he was only playing possum, and pinned Dawson with a small package.

The Braun Strow Man won the Andre The Giant Memorial Battle Royal, last eliminating Michael She and Colin Jost – In the second straight battle royal, they used the gimmick of a heel hiding under the ring until the end. At least when Carmella did it she still won.

Alexa Bliss welcomed everybody, and introduced Hulk Hogan. Hogan cut a classic Hogan promo, which he referenced his blunder a few years back by saying it was great to be at The Superdome.

Paul Heyman abruptly walked out during Hogan music and made his way into the ring. He declared that if Brock Lesnar isn’t in the main event, they will not wait and demanded the Universal Title Match begin right now.

Seth Rollins p. Universal Champion Brock Lesnar with three Stomps to win the title – Lesnar attacked Rollins before the match, and pummeled him around the ring. Including F5s on the floor. Once the match got back in the ring, Rollins’ back was bleeding. The referee got bumped too the floor, allowing Rollins to hit a low blow. Rollins then hit three straight Stomp and got a quick pin

AJ Styles p. Randy Orton with a Phenominal Forearm – Orton dominated the opening minutes, Styles blocked an elevated DDT and turned i into a Calf Crusher. Orton hit a desperation RKO, but Styles kicked out, That puts AJ in a very exclusive club of people that have kicked out of and RKO Orton kicked out of a 450 Splash. AJ hit a Forearm on the outside. Before long, he was able to get Orton back in the ring and hit a second Forearm for the win.

Smackdown Tag Champions The Usos (Jimmy & Jey Uso) b. The Bar (Sheamus & Cesaro), Shinsuke Nakamura & Rusev, & Aleister Black & Ricochet when Jimmy pinned Sheamus after a Double Us. – A nonstop, high action match. The was an extended spot where Cesaro put Ricochet in the Giant Swing while Sheamus clubbed Black with forearms. The Uso rallied and cleaned house with Superkicks, including a double superkick to Sheamus. A double Frog Splash later, and the Usos retained their titles.

The Hall Of Fame recap aired, highlighting all the inductees.

Shane McMahon p. The Miz in a Falls Count Anywhere Match when Miz superplexed him off scaffolding – Yes, you read that correctly. Miz did the move, and Miz was the guy that got pinned. This is at least twice where that has happened

The Iiconics (Billie Kaye & Peyton Royce) b. Womens Tag Team Champions Bayley & Sasha Banks, Nia Jax & Tamina, & Nattie Neidhardt & Beth Phoenix When Billie pinned Bayley – Phoenix was the one who did the damage with a wheelbarrow off the top rope on Bayley. Peyton dashed in and threw Beth to the outside. Billie swooped in and made the pin.

Kofi Kingston p. WWE Champion Daniel Bryan with a Trouble In Paradise – The crowd was electric for this match. and helped make the match feel epic. Rowan interfered, and got fended off by the other New Day members. Three times Kofi was caught in the LeBell Lock, and he still managed to kick out of the Flying Knee. After several attempts throughout the match, Kingston finally managed to hit the Trouble in Paradise for the pin and his first World Title.

WWE United States Champion Samoa Joe s. Rey Mysterio with a Kokina Clutch to retain the title – This was almost a complete squash, and only went a minute or two.

Elias appeared on the big screen playing both drums and piano. He then appeared in the ring to play a song. Before he started, a highlight video of Babe Ruth hitting his fanous predicted home run for the Yankees. Cena’s Basic Thuganomics music hit, and Cena came out in his Word Life getup. He did a freestyle rap on Elias and hit the AA.

HHH p. Batista with a Pedigree in a No Holds Barred Match – HHH started on offense early, and used pliers to pry Batista’s nose ring out. Why somebody would wear a nose ring to a match is a bit odd, but it told the story they wanted. A of weapon use including tables, sledgehammers, and the aforementioned pliers. Batista got a hold of HHH’s hammer, but Ric Flairran out and handed another hammer. HHH used it, and hit a second Pedigree for the win.

Baron Corbin p. Kurt Angle with End Of Days – I’m still flabbergasted that the man chosen to face Angle in a Farewell Match was… Baron Corbin. Cena would have been poetic because Angles first WWE opponent was Angle. About as good of a match as you’d expect.

After the match, Angle cut a promo thanking the fans and walked away

Finn Balor p. Intercontinental Champion Bobby Lashley with the Coup De Gras to win the title – At long last we got the epic WrestleMania Entrance. Lashley dominated and threw Balor from pillar to post. Balor made a brief comeback with an impressive Powerbomb, then hit the Coup De Grad for the pin

Becky Lynch b. Raw Women’s Champion Ronda Rousey & Smackdown Women’s Charlotte Flair when she pinned Roused with a cradle to win both titles – I wonder if Ronda in storyline purposes knew the history of wrestlers having live bands play their theme for WrestleMania. they almost always lose. I know I rant a lot about multi-person title matches not being elimination, and this was no exception. Having one fall decide two titles just doesn’t seem right to me in concept. That said, this was s good match any way you put it, and I think most of us had no doubt that Becky would win. The controversy is that it appears Ronda’s right shoulder was off the mat. So it looks like we could be getting a one on one match at Money In The Back.

Wrestlemania is always a great spectacle, if matches aren’t as good as some other promotions. But if you like anything about WWE, there was something to like on this show.