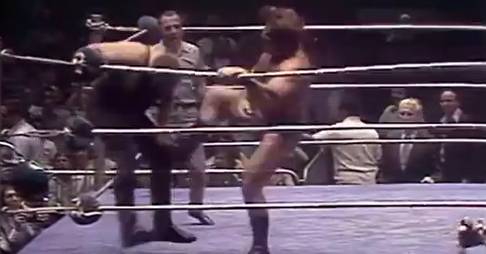 WWWF, 1975 – Bruno Sammartino was in the middle of his second World Title run for The World Wide Wrestling Federation. As per the usual WWWF format, Bruno was facing his latest dragon to slay. Freddie Blassie’s dragon this time around was the hated villain Waldo Von Erich, managed by Freddie Blassie. It may be a bit unsettling to see a man with a Nazi gimmick face a man who legitimately escaped Nazis in World War II, but it was the 1970s.

A 29 year-old Vince McMahon calls the action completely on his own.