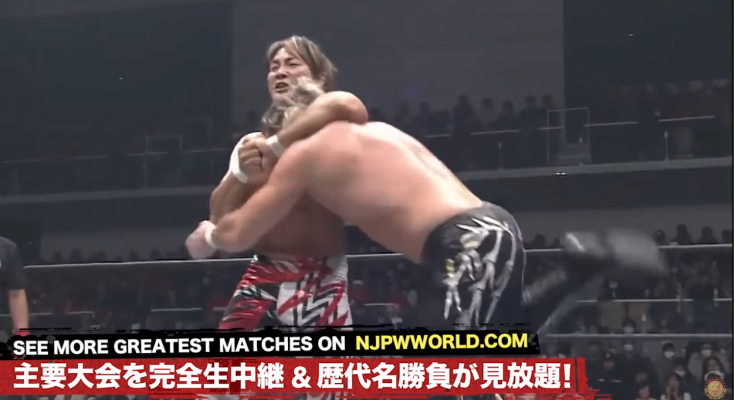 New Japan, 2016 – It certainly didn’t feel like a Valentine’s Day for fans of New Japan Pro Wrestling. Four of the promotion’s top stars had just exited for a jump to WWE. The departure of IWGP Intercontinental Champion Shinsuke Nakamura, Former IWGP Champion AJ Styles, and former IWGP Tag Champions Doc Gallows & Karl Anderson opened up new places on the roster. It also vacated a position as leader of The Bullt Club, and a title in The IWGP intercontinental Championship. Kenny Omega, having just turned on AJ Styles at New Year Dash, looked to take both at New Beginning as he battled top babyface Hiroshi Tanahashi for the vacant title.

Tanahashi was looking to defend the honor of the title, as he stepped in to replace his rival Musketeer Nakamura in an attempt at a second reign.

Thus, the stage was set for a match which helped reshape the direction of New Japan Pro Wrestling.