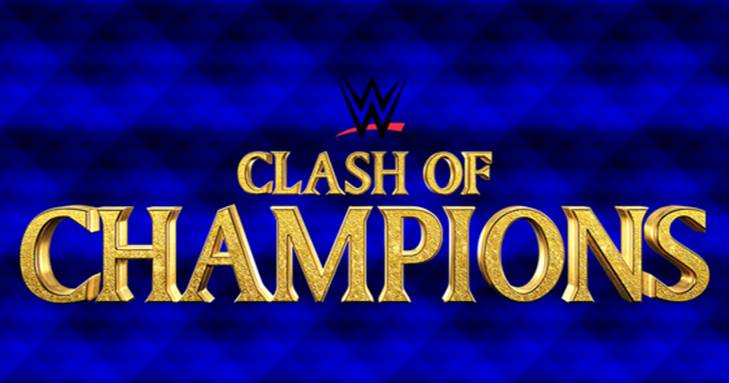 WWE Cruiserweight Champion Drew Gulak b. Lice Dorado & Humberto Carillo when he pinned Dorado to retain the title – The usual high-flying with the story where one guy gets knocked out at a time, leaving the other two in the match. Dorado missed a Shooting Star on Carillo, who responded with an Aztech Press. Gulak ran in and shoved Carillo into the ringpost. Gulak then quickly pinned Dorado.

WWE US Champion AJ Styles p. Cedric Alexander with a Styles Clash – It was a bit shocking to see AJ on a pre-show match. Hopefully, it’s not a sign of anything. Still, this was a very good match and these two worked very well together. AJ hit a Styles Clash on the floor. Cedric made it back into the ring and mounted a brief comeback before AJ cut him off. A second Styles Clash got the win for AJ.

After the match Gallows & Anderson ran out and the trio bet up Alexander.

RooDolph (Bobby Roode & Dolph Ziggler) b. WWE Raw Tag Champions Seth Rollins & The Braun Strow Man when Roode pinned Rollins with a Glorious DDT to win the titles – Strowman dominated in the opening minutes. The heels managed to cut off Seth and work him over until Strowman got the hot tag. Strowman rammed through the heels like Ram-Man, but before long Rollins tagged himself back in. Rollins ran wild for a bit before a multi-man brawl broke out. Strowman and Ziggler fell to the floor, leaving Roode and Rollins back in the ring. Roode then got the pin with the Glorious DDT.

Smackdown Women’s Champion Bayley p. Charlotte Flair with a roll-up to retain the title – Charlotte got major shine and dominated the match. However, Bayley managed to remove a lower turnbuckle pad and used leverage to smack Charlotte’s head into it. Bayley was then able to roll up Charlotte for the win. She grabbed the title belt and sprinted to the back.

The Revival (Dash Wilder & Scott Dawson) b. Smackdown Tag Champions The New Day (Xavier Woods & Big E) when Dawson submitted Woods with an inverted Figure Four – The heels cut off Big E, which was a little awkward because the big man had to play Babyface in Peril. Woods got the hot tag and ran wild. The heels broke up a pin which led to a four-way brawl. E got hit with a Shatter Machine on the floor. This left Woods alone in the ring with both heels. They hit Woods with a Shatter Machine as well, but instead of going for the pin, Dawson put Woods in an inverted Figure Four. Still, it got a submission and a title win.

After the match, Dash and Dawson gloated about their victory and how the old school beat the new school. They also declared Orton would win the title tonight as well.

Backstage Alexa Bliss and Nikki Cross were interviewed. The camera panned back to reveal R-Truth holding a boom mic. Alexa yelled that the 24/7 Champion was here, prompting all the midcard masses to chase him away.

WWE Women’s Tag Champions Alexa Bliss & Nikki Cross b. Fire & Desire (Sonya Deville & Mandy Rose) when Cross pinned Rose with a neckbreaker – The midcard masses chased R-Truth around the ring during the match. Bloss and Rose battled to a double-down, which led to a double tag out to Cross and Deville respectively. Rose and Deville double-teamed Bliss. Cross broke up the pin. Deville got tossed to the floor, leaving Cross able to hit her elevated Neckbreaker for the pin.

WWE Intercontinental Champion Shinsuke Nakamura (w/ Sami Zayn) p. The Miz with a Kinshasa to retain the title – Zayn camera to the ring with a neckbrace, complaining that Undertake injured his neck last week. I’ve said before the Miz makes for a terrible babyface, but he could be the 21st Century Bobby Heenan. During the match, Zayn kept taunting Miz on the mic. Maybe he’s trying to be the 21st Century Jimmy Hart. Anyway, the mic eventually got cut and Miz threw it all the way to the stage. Nakamura took advantage of this distraction and blindsided Miz with a kick. Miz made a comeback and used the Figure Four. Nakamura made the rope break and avoided a second Figure Four attempt. Zayn distracted Miz so Nakamura could again strike from behind. Miz dodged a Kinshasa and hit a Skullcrushing Finale. However, Zayn had the referee distracted, so there was no count. Miz chased Zayn around the ring. Nakamura was able to send Miz into the ringpost. Miz then got rolled back into the ring where Nakamura could finish him off with a Kinshasa.

Sasha Banks b. RAW Womens Champion Becky Lynch via DQ when Lynch used a chair -The match kicked of with some pretty fast action. Banks climbed to the top rope and looked to be trying a double axhandle. Lynch countered with a Codebreaker. Lynch got several near-falls but couldn’t get the pin. Banks hit the double knee from the second rope. Lynch still kicked out, so Banks hit two more knee strikes in the corner. Lynch made her comeback but still the two battled to a double-down. When both women got to their feet, Sasha hit a Codebreaker and a Backstabber before putting her in the Bankstatement. Banks used a chair behind the referee’s back, only for Lynch to still kick out. Banks, showing a lot of frustration, got another chair. The referee grabbed the chair. Lynch got her own chair and swung it Banks, who ducked and cased Becky to hit the referee. The two took the battle to the floor and brawled through the crowd for several minutes. Back in the ring, Sasha grabbed another chair. Lynch kicked her in the gut and used the chair instead. Somehow the announcers claimed that there was a DQ over the chair, but I don’t think there was ever a bell.

Randy Orton WWE Champion Kofi Kingston p/ Randy Orton with Trouble In Paradise to retain the title – Randy stalked Kofi in the ring . Kofi managed to knock Orton to the outside and hit a dive over the top. The offense was short-lived because Orton was able to cut off Kofi when they got back into the ring. Kingston kicked out of a powerslam. Orton hit the elevated DDT and positioned himself for an RKO. Kofi escaped the RKO and tried to rally. Orton then hit an RKO, only for Kofi’s leg to be on the ropes. Kingston dodged a punt and hit the Trouble In Paradise to get the pin.

The Street Profits di their usual talking skit. Booker T walked in with his King Booker cape and crown.

Erick Rowan p. Roman Reigns with an Iron Claw – It was made clear the this was a No DQ Match. Reigns attacked Rowan while he was still making his way to the ring. The two then brawled through the crowd. Rowan gained control of the match when it got back in the ring. When he couldn’t get a pin, Rowan brought the steel stairs into the ring. Reigns dodged the stairs and hit a Samoan Drop for a two-count. Reigns grabbed the stairs and used them himself. He followed up immediately with a Superman Punch. Rowan managed to kick out. The match again went to the outside where Rowan put Reigns through a table. I guess it wouldn’t be a WWE PPV if somebody didn’t go through a table. They brawled into the crowd again and Rowan put Reigns through a second table. Rowan carried Reigns to the stage. For some reason, Rowan tried to use a camera mount as a weapon. That backfired because Reigns dodged and hot Rowan with it. Reigns hit a second Punch which sent Rowan to the floor by the ring. When Reigns ran to the ring, he got blindsided by the returning Luke Harper. The two double-teamed Reigns, and Rowan used the claw to get the pin.

WWE Universal Champion Seth Rollins p. The Braun Strow Man with a Curbstomp – Strowman dominated early. Seth used his speed and agility to make his comeback. He knocked Strowman to the floor and hit several dives. Rollins went to the top rope for presumably another dive. Strowman met Rollins at the top and tossed him to the mat. Strowman then hit a top rope splash, which was pretty scary looking. Rollins still kicked out and put Strowman in a sleeper. Braun powered out, so Rollins hit a curbstomp. Strowman kicked out at one. Then he kicked out of a second stomp at 2. And a third one right before the three count. For some reason, Rollins did not follow up for a good minute or two. When Rollins went for a fourth curbstomp, Strowman caught him and lifted him for a powerslam. However, Strowman’s knee went out, which allowed Rollins to counter with a Pedigree and a fourth curbstomp to finally get the win.

After the match, Rollins celebrated his victory. We even got the corner logo that shows at the end of each show. Then the lights went out and The Fiend appeared. He hit Rollins with Sister Abigail on the floor to end the show.