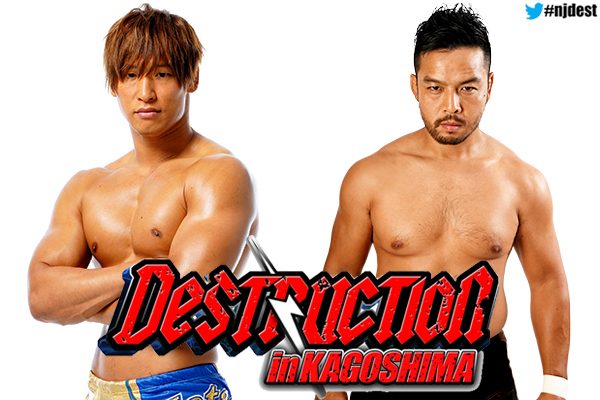 Yuya Uemera (0-4, 0) s. Clark Conners (3-1, 6) with a Boston Crab – Uemera is winless and mathmatically eliminated, but he could serve as a spoiler. The match started with traditional holds and takedowns, but escalated to fisticuffs and suplexes. Finally, Uemera hit a double-arm release suplex and locked in a Boston Crab for the submission

Ren Narita (3-1, 6) p. Michael Richards with the Belly-To-Belly Suplex – This match was much faster paced throughout. Narita hit a dropkick and his Belly-To-Belly for the pin.

Manabu Nakanishi, Toa Henare, Karl Fredericks, & Alex Coughlin b. Yuji Nagata Rysuke Taguchi, Shota Umino, & Yota Tsuji when Henare pinned Tsuji with a Uranage – Tsuji erupted at the sound of the bell and went after Coughlin. Umino and Fredericks did likewise. Umino got cut off and worked over until Taguchi tagged in and rallied for his team. Nagata went at it with Nakanishi, and even hit an Exploder Suplex. A multi-man brawl broke out that left Henare and Tsuji as the legal men. They traded blows which saw Henare hit a spear and a Uranage to get the win for his team.

CHAOS (Tomohiro Ishii, YOSHI-HASHI, Sho, & Yoh) b. Bullet Club (Bad Luck Fale, Tama Tonga, Tanga Loa, & Chase Owens w/Jado) when Yoh pinned Tonga – This time around, the babyfaces attacked the heels before the bell. after a multi-man brawl GOD set up Yoh for the Magic Killer. Sho managed to chop block Tonga, and Sho rebounded with a roll-up for a flash pin in a surprising upset.

After the match the heels beat down Roppongi 3K and hit the Magic Killer anyway on Yoh,

Jyushin Thunder Liger, Hiroshi Tanahashi, Togi Makabe, & Tomoaki Honma b. Suzuki-Gun (Minoru Suzuki, RevPro Heavyweight Champion Zack Sabre Jr., Yoshinobu Kanemaru, & DOKI) by DQ – Once again the heels attacked before the bell and the action spilled to the floor. Honma and Kanemaru remained in the ring to become the legal men. Suzuki pummeled Liger in the crowd with the ring barricades. Meanwhile, back in the ring, Sabre and Kanemaru worked over Tanahashi. A double tag out to Makabe and Suzuki gave a good hossfight moment. At last, Liger tagged in to finally be the legal man in the ring with Suzuki. Of course, the heels still tried to cheap shot him. That led to a multi-man brawl where Doki and Liger battled in the ring. Liger tried to lift Doki for a brainbuster when Suzuki blatantly stepped in with a chair. He struck Liger several times with the chair, causing the DQ.

Suzuki then ripped the mask off Liger to gasps from the audience. He held the mask aloft like a severed head. Fortunately all the Young Lions rushed the ring and covered Liger’s face. Liger took the mic, with his face still covered in shirts, and vowed revenge against Suzuki.

CHAOS (IWGP Heavyweight Champion Kazuchika Okada, Hirooki Goto, & Rocky Romero) b. Los Ingobernables De Japon (Shingo Takagi, SANADA, & BUSHI) when Okada pinned BUSHI with a Rainmaker – Goto and Takagi started out by immediately getting in a battle of strikes. The heels cut off Romero and Sanada put him in the Paradise Lock. Okada got the tag and went back and forth with Sanada. BUSHI helped Sanada cut Okada off. Goto and Takagi traded lariats. Okada reversed a Skull End into a Tombstone and still managed to dropkick Bushi. Okada then dropped the elbow and hit the Rainmaker to get the pin

IWGP Intercontinental Champion Tetsuya Naito & EVIL of Los Ingobernables De Japon b. Jay White & Yujiro Takahashi of Bullet Club when EVIL pinned Takahashi with Everything Is Evil – Bullet Club tried to attack before the bell, but LIJ was ready for them and everybody brawled into the crowd. Byt the time the match got back in the ring Bullet Club was in control and worked over Naito. EVIL got the tag and rallied against White, who quickly tagged out. He and Takahashi double-teamed Evil. In the ensuing brawl, Naito kept White at bay so Evil could pin Takahashi with Everything Is Evil.

IWGP Junior Heavyweight Tag Team Champions El Phantasmo & Taiji Ishimori The Birds Of Prey (IWGP Junior Heavyweight Champion Will Ospreay & Robbie Eagles) when Phantasmo pinned Eagles with a CR2 – As expected, the match started off in high gear with some high flying an agility moves. The heels cut off Eagles and double-teamed him until Ospreay got the hot tag and ran wild. Bullet Club hit a variation of the Best Moonsault Ever for a near fall. A four-way broke out that led to Eagles doing a hurricanrana on Ishimori while he was atop ELP’s shoulders. A Tower Of Doom spot saw both Ospreay and Eagles landing on their feet and hitting a top rope Sliced Bread. Phantasmo made the save and brawled with Ospreay on the floor. Eagles used the Ron Miller Special on Ishimori. Ospreay placed Phantasmo in an Octopus Hold to keep from the hold being broken. That failed and Phantasmo powered out and broke the hold. ELP then tagged in and went back and forth with Eagles. Ishimori clobbered Eagles with a title belt but still couldn’t get the pin. An assisted Bloody Cross knocked out Ospreay, leaving Eagles alone. Both Bullet Club members hit their finishers and pinned Eagles. An amazing tag team match where the babyfaces looked strong even in defeat.

Kota Ibushi p. KENTA with a Kamagoye – Kenta attacked before the bell and clobbered Ibushi with the briefcase. Kenta cut a promo saying the case is now his. The opening bell rang and Kenta immediately struck again and went for an early pin. Ibushi kicked out, so Kenta repeatedly tossed him to the outside and knocked him around on the floor. Ibushi made his way back into the ring at the 17 count. Back in the ring, Kenta continued his assault. Every time Ibushi tried to make a comeback, Kenta cut him off. Again Kenta took the match to the floor, this time Kenta smashed Ibushi’s knee on the announce table. When the match returned to the ring, he started focusing on Ibushi’s knee. At the 20 minute mark, Kenta slapped on an inverted Figure Four. Ibushi made the rope break and started his comeback. However, Kenta was able to tie up Red Shoes so GOD could interfere. GOD hit a Magic Killer and lifted Ibushi for a Super Powerbomb. Ishii and Hashi ran in to make the save and chase them off. Kenta hit a PK for a near fall. Kenta followed up by hitting a Kamagoye. Ibushi kicked out, so Kenta went for the kill with a GTS. Ibushi escaped and hit a Kamagoye. Kenta kicked out, but before Kenta was able to fight back, Ibushi hit a second Kamagiyefor the pin.

After the match, EVIL came to teh ring and issued a challenged. Ibushi accepted, so presumably that match will be a King Of Pro Wrestling next month.